SLOE GIN – a waste of good Gin or not? 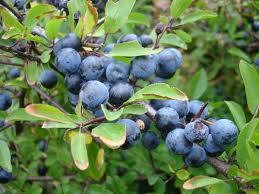 I haven’t made Sloe Gin for some years (always thought it was a waste of a good drink in the first place) and what with the current craze for Gin across the UK, I thought never the less it was time I made some for Christmas/New Year.

The first thing was I found the best Sloe bushes (Black Thorn Tree actually) I have ever seen right on my doorstep? Well, across the farmers field on a walk I do regularly, but never saw the bushes until the other day. They were the best looking, plumpest berries I’ve ever seen!

Secondly, I was in a quandary as to which Gin I should use.

Finally, I thought I’d better check to see what the professionals do to make it so I looked up on the Internet for some guidance to refresh my memory.

Well that was an exercise worth doing as it seems there are some very different ideas; so, to cut to the chase I’ve summarised what I found out and then it’s down to you to decide.

Remember there’s nothing to stop you picking more than you need as they will last in the freezer and you can make more for next year a bit early, say September, knowing it’s going to be perfect for Christmas the following year.

Some recipes have a drop or two of Almond essence added. I can’t say I have ever heard or tried this or whether it makes a difference.

And drink away either neat or with tonic; as of writing there are still some berries on the bushes/trees, but you will need to hurry as the hedge cutters are out and time is ticking to have it drinkable for Christmas. Or just buy a bottle pre made (there’s more available on the shelves than ever before due to the Gin craze)and save yourself the hassle. It’s all down to you.....